Being a Member of the European Parliament entails a lot of traveling. Last year I sat on over 100 flights. Some of my colleagues travel more.

Things go smoothly, most of the time. Not so last Sunday.

I edited a book on Finnish EU policy between1989 and 2003. The book has some 40 authors and it was written in memory of my mentor Antti Satuli, who passed away in 2003. The book was published yesterday.

I was supposed to fly from Brussels to Helsinki on Sunday evening so as to make the pressconference at 11.00. There were four of us on the same flight.

When we got to the end of the runway the captain told us of a hydraulic problem. After some tests the flight got cancelled and there was no other means to get to Helsinki that evening. The first morning flight from Brussels gets to Helsinki at 13.00. Things were not looking good.

After some innovative thinking, and quick research, we came up with a solution. We took a taxi from Brussels to Frankfurt. It took four and a half hours. It could have been quicker, but the driver had to stop for a smoke five times! 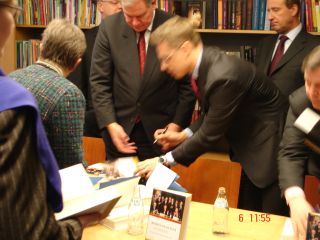 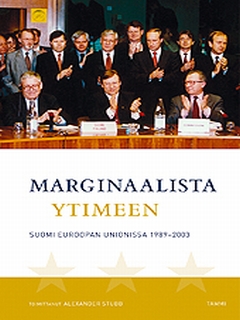 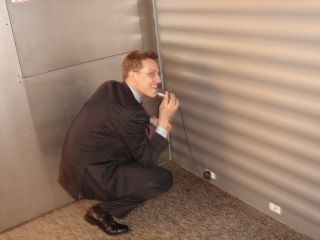 Shaving at the airport