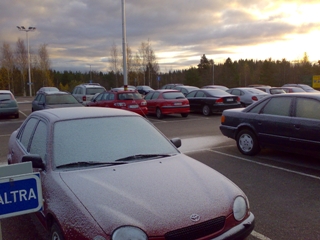 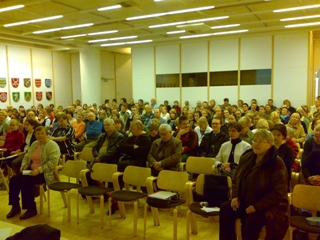 Yesterday was not the best of days for a European idealist like myself. As a matter of fact it was probably the saddest day in my three years as an MEP (see a video clip of my speech from last night).

As a veteran of three Intergovernmental Conferences (Amsterdam, Nice and Constitution), i.e. treaty negotiations, I thought I had seen it all. But alas how wrong I was.

I had always believed, perhaps somewhat naively, that the European Parliament was different from the Council of Ministers. I believed that we were elected to drive European, as opposed national, interests. I am not saying that we don’t defend national interests at times. Of course we do. But I just wish it would not happen in the way in which it happened yesterday.

Everything was supposed to be settled. The hard work of my colleagues Alain Lamassoure and Adrian Severin was to be rewarded by an overwhelming majority in the plenary. Their proposal for the distribution of seats in the EP was fair, just, logical and realistic.

Unfortunately a number of colleagues decided to table an alternative proposal. I have no problems with alternative proposals. On the contrary. It is the democratic right, indeed duty, of every MEP to make suggestions which they believe improve a given text.

What saddened me was that the proposal pitted large states against small states. As a matter of fact the six largest states would have gained seats and the smaller ones (bar one) would have lost. A similarly provocative proposal, which would have reduced the seats of big states and increased seats for small states, was discussed in the Constitutional Committee. Both of the proposals were based on a subjective mathematical formula.

I just wonder whether it was all worth it. European integration is based on trust. The debacle of yesterday and today did nothing to strengthen that trust. I hope that the Council can now endorse our proposal on the seats. It is time to start healing some wounds.

At the end of the day today’s vote was clear: 378 for (i.e. 59% of all 641 votes), 154 against (24%) and 109 abstain (17%). I was very happy with the majority of my colleagues who voted for the proposal eventhough they disagreed with it. That was a sign of fairness and true European spirit. Now is time to move on and look forward.