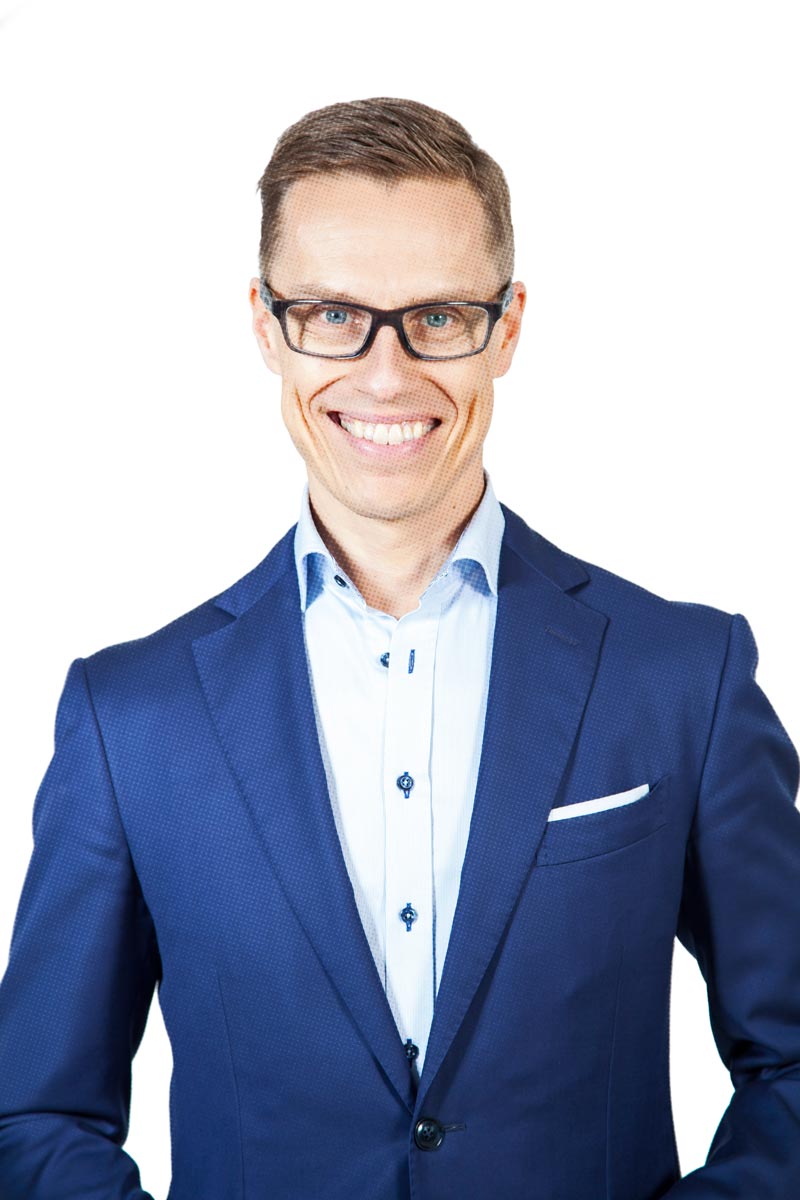 Alexander Stubb (born 1 April 1968) has served as Prime Minister, Finance Minister, Foreign Minister, Trade and Europe Minister of Finland (2008-2016). He was a Member of the European Parliament from 2004 to 2008 and national parliament (2011-2017). He was the Chairman of the National Coalition Party (Kokoomus) from 2014 to 2016 and Vice President of the European Investment Bank (EIB) 2017 to 2020. Alexander Stubb is Director and Professor at the School of Transnational Governance at the European University Institute in Florence.

He is an avid pro-European with experience across all EU institutions from the European Council to the European Parliament, from the Commission to the Council of Ministers.

Stubb’s background is in academia, civil service and politics. He holds a Ph.D. in international relations from the London School of Economics, a Master’s degree in EU administration from the College of Europe in Bruges, and a B.A. in political science from Furman University in South Carolina. He also studied french language, culture and civilisation at the Sorbonne in Paris.

He worked as an adviser at the Finnish Ministry for Foreign Affairs in Helsinki and in Brussels, and in President Romano Prodi’s team at the European Commission (1995-2004). He was involved in negotiating the Amsterdam, Nice and Lisbon Treaties.

He was a visiting Professor at the College of Europe in Bruges (2000-2007). He has written a number books and academic articles on European affairs in addition to being a columnist in many newspapers, including the Financial Times.

Stubb speaks Finnish, Swedish, English, French and German. He is a sought after public speaker, a bookworm and a self-professed sportsnut. As an enthusiastic user of social media, Stubb can be found on: www.alexstubb.com, www.twitter.com/alexstubb, www.facebook.com/alexanderstubb and www.instagram.com/alexstubb.

Alex lives in Florence and Espoo. He is married and has two children aged 20 and 17.