Give me my liquids back

Back in Brussels after a four hour drive from Strasbourg.

One of the key decisions of this week had to do with restrictions on liquids that passangers can take on board an airplane.

The basic message of the European Parliament was clear: it is time to revise the rules, which were established in haste in August 2006. The rules are too cumbersome and too costly.

We also called on the Commission and the Council of ministers to publish the exact text on the restrictions. The Commission’s response was negative on all accounts. And the sad thing is that the European Parliament has no powers to decide over these types of issues. 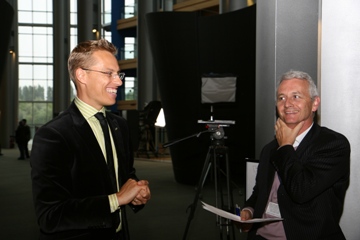 Laughing before an interview with Jean-Paul Chapelle from France 2.

I was one of the 464 MEPs who voted for the resolution (158 against and 70 abstentions). I think that the current rules are completely over the top. I have no problems with airport security. On the contrary.

I just think that there is not enough evidence that the types of restrictions (transparent plastic bags with liquid containers of no more than 100 ml) surve the purpose that they were created for.

I feel sorry for the poor security services who have to implement the rules. They get a lot of slack for a bad decision that was taken after the UK authorities allegedly intercepted a terrorist attack which was to use liquid explosives.

Do you really wanted to blow up a plane or cause maximum harm to passangers, would you go for liquid explosives? Come on, terrorists are not stupid.

In liberal democracies we are always trying to find a balance between liberty and security. In this particular case we have simply gone too far and I do not think that passangers should put up with it.

What do you think? Are the rules over the top or can you live with them? What should be done? 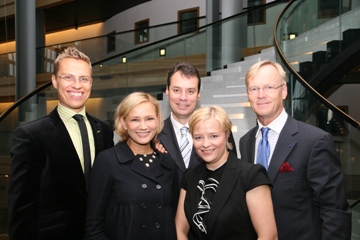