Apologies for not writing blog entries in the Queen’s language for some time. No excuses, not even the fact that things have been a bit on the hectic side with the goods package (which was approved in the plenary last week), my lobby report (which we debated in committee this week) and the Commission’ discharge (which is always hot stuff).

Today Commissioner Verheugen presented the toy safety directive in the internal market committee. I think it’s going to be a rather difficult dossier. Everyone has an opinion on children, toys and safety. 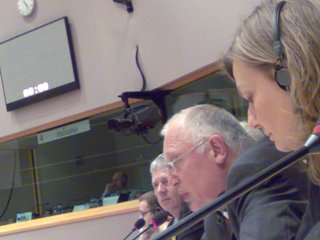 Here is my opinion, for what it’s worth:

Firstly, I think it is good that the Commission came out with the proposal. As a matter of fact it was long overdue. The last directive on toy safety dates back to 1988! We are talking Ficher Price generation here…

The proposal is good for three reasons:

1) it lays down higher safety requirements than the 1988 Directive.

Secondly, I am a bit worried about the tone of the debate that surrounds toysafety. It is such an easy target for populism, and we have seen some of it already, not least linked to the so called Mattel case last August.

Practically the whole Western community took China as an easy target and claimed that all bad products come from there. Graduallyfacts gave a different picture. If we compare the number of dangerous toys from China to the total amount of toys coming from China, Chinese toys might be even safer than toys from other countries on average.

Mattel had to publish eventually a letter of appology once it found out that the whole scandal was due to its own failure in the design process of the toys. Various opinions and analysisstill reign, but I think the lesson to learn is not to make hasty conclusions based on prejudice. When we talk about toys, the focus should be on toys and their safety and not just on one country.

Finally, the fact that I like the Commission proposal does not mean that I think that it is perfect. The 10 chapters and 54 articles leave me with a number of questions.

To what extent normal market surveillance activities ought to be shifted to the producers and importers through strenghtening their legal obligations? Does the proposed directive leavepossibilities for craft-made toys or SME producers anymore? Is there enough clarity on how to organise market surveillance in practice? Besides the provision of this directive, market surveillance is regulated also one regulation, which was passed in plenary a week ago as part of the EU Goods Package and by the General Product Safety Directive.

All the same, the ball is now rolling. Marianne Thyssen, my Belgian colleague, was nominated raporteur today. I am sure she will do a great job.

What do you think about the directive on toy safety?