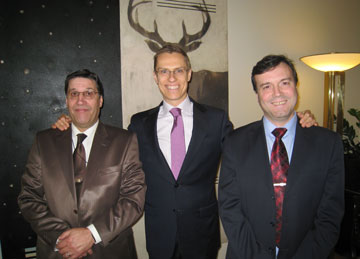 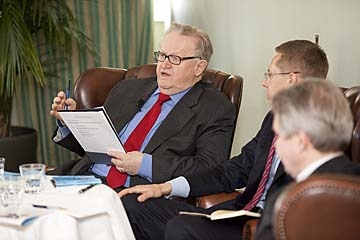 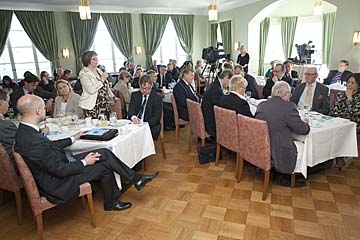 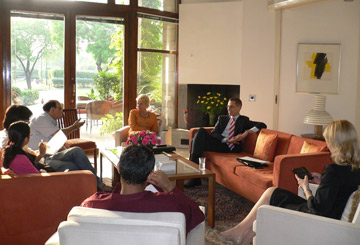 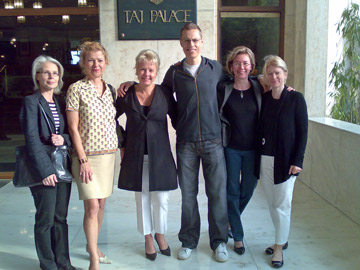 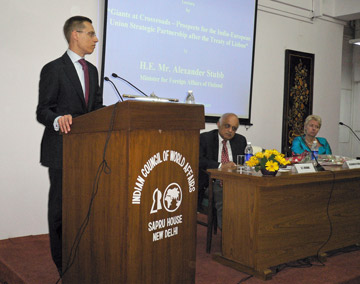 Lecture by Mr. Alexander Stubb, Minister for Foreign Affairs of Finland, at Sapru House, Indian Council of World Affairs, 3 May 2010.

Giants at Crossroads: Prospects for the India-EU strategic partnership after the Treaty of Lisbon

1. Coming out of the economic crisis, the world will continue its deep structural change. This will affect actors, institutions and the agenda of global politics.

The world will continue its shift towards a more multipolar order. Most expect the post-crisis economy to reflect the rising influence of major Asian powers such as India and China, and of other large emerging economies. A broader group of actors will be exerting power and sharing responsibilities. There will be a wider variety of views and values at play.

Changes will impact institutions of global governance and cooperation. There will parallel processes to update existing multilateral organizations and to create new, more flexible institutions in different policy areas. Examples include the Recent World Bank decision to expand the voting power of Developing and Transition countries and the Emergence of G20 as a primary forum for economic policy coordination.

New global problems will dominate the international agenda. These include climate change, efforts to build a greener economy, competition for energy and natural resources, weak states, terrorism and weapons of mass destruction. There will be a higher demand for international cooperation, but the intensifying competition may also contribute to nationalism and political instability, particularly in crisis-prone areas.

In retrospect, the 2010?s will be seen as an important period of transition and transformation in the global system. There are opportunities, but also a heightened risk of failures and nationalism. Under these circumstances, adopting a passive stance is not an option.

2. Responding to new challenges requires deeper, more strategic cooperation among major powers. EU-India axis an important one, but performing below its potential.

We need deeper, strategic cooperation among major players (EU, USA, India, China, etc.).
It is not enough to work on bilateral problems, but we need to improve our capacity to jointly respond to the external world. This is a qualitative change. It necessitates discussion on a wide spectrum, to cover issues of global and strategic importance. Examples: 1) Climate change and Copenhagen: Common goals but inability to agree on joint measures; 2) Global economy: WTO negotiations stalled, despite a shared interest in maintaining an open, multilateral trading system; 3) Weak states and conflict prevention: Potential for more effcient pooling of resources.

India-EU axis is increasingly important. From a European perspective, India?s growing importance stems both from India?s impressive economic growth and the interest of European companies to tap into India?s educated workforce, and from India?s expanding role as a regional and global power. Europeans reckon that the Asian region is not only the engine of global economic growth, but also home to some of the most difficult political conflicts with potentially global consequences.

To Indians, the EU mostly appears as an economic or trading bloc: The EU is the world?s biggest economy with over 500 million citizens and a 28% share of the global GDP. But this is only part of the truth. The EU is also a political Union with a significant amount of supranationalism and delegated sovereignty. It is gradually moving from an internally-driven, institutional agenda to develop a more active international role. One example of this is the rise of the ESDP, with 22 successful military and civilian missions since 2002.

The partnership is currently performing below its potential. India became one of the EU?s ?strategic partners? in 2004, and the parties have put in place an institutional framework ranging from annual Summits to working groups on technical issues. A free trade agreement is under negotiation. Deepening the relationship has been slow: Indians feel the EU has no policy on the issues they care most about (e.g. hard security issues in Asia, or India?s seat at the UN Security Council). Europeans feel India should take on more responsibilities in the global system, in line with its growing economic clout (e.g. climate policy and trade).

3. Recent changes have opened new doors for deepening the EU-India-partnership. We must seize these opportunities.

The Lisbon Treaty will improve the EU?s capacity to formulate and implement external policies. Over the past decade the EU?s agenda has been dominated by internal affairs, including enlargement and institutional reform. The next decade, in contrast, will be characterized by the EU?s pursuit to become a more unified, efficient and influential global actor. With the Lisbon Treaty the Union now has a president and a foreign minister. Some of the decision-making procedures have been streamlined. And we are setting up an EU diplomatic corps (EEAS), which has a potential to transform the way the EU makes foreign policy.

In a changing world, India and EU can draw on shared values. We are moving towards a world with a larger variety of values, interests and political views. In this context the EU and India ? the world?s two largest open societies ? will have new opportunities to build upon their common heritage of democracy, pluralism and multilateralism. India has become increasingly aware of the responsibilities that come with its growing status as a world power. The EU, at the same time, is making efforts to become a more efficient international actor. Both developments are likely to facilitate the pursuit of shared goals at the global level.

Economic change creates new opportunities for cooperation. The trend towards low-carbon, information-based economies is generating new links between India and Europe, and we must make sure we spot all the opportunities. Looking specifically at Finland, ICT is the best example of the rapidly growing web of connections. Nokia calls India its ?second home country? and employs thousands of people here. Indian companies like Wipro, Infosys, Sasken and Tata have established themselves in Finland.

But we can expect much broader integration: One promising sector are environmental technologies, where new partnerships and business opportunities are quickly emerging. Due to long term investments in R&D Finland has strong competence in cleantech (including production and use of renewable energy, clean and efficient industrial processes, energy efficiency, environmental measuring and monitoring technologies). We are looking at India and its ambitious renewable energy programme with great interest.

Another example is education. Finland has made a reputation with its top-notch schooling system and has been ranked to the top in the OECD?s comparative PISA studies. But we are constantly improving our education and innovation systems, to meet global challenges. We aim at increasing mobility and seek knowledge partners from overseas. India is among the most interesting countries with its large, English speaking and highly educated population.