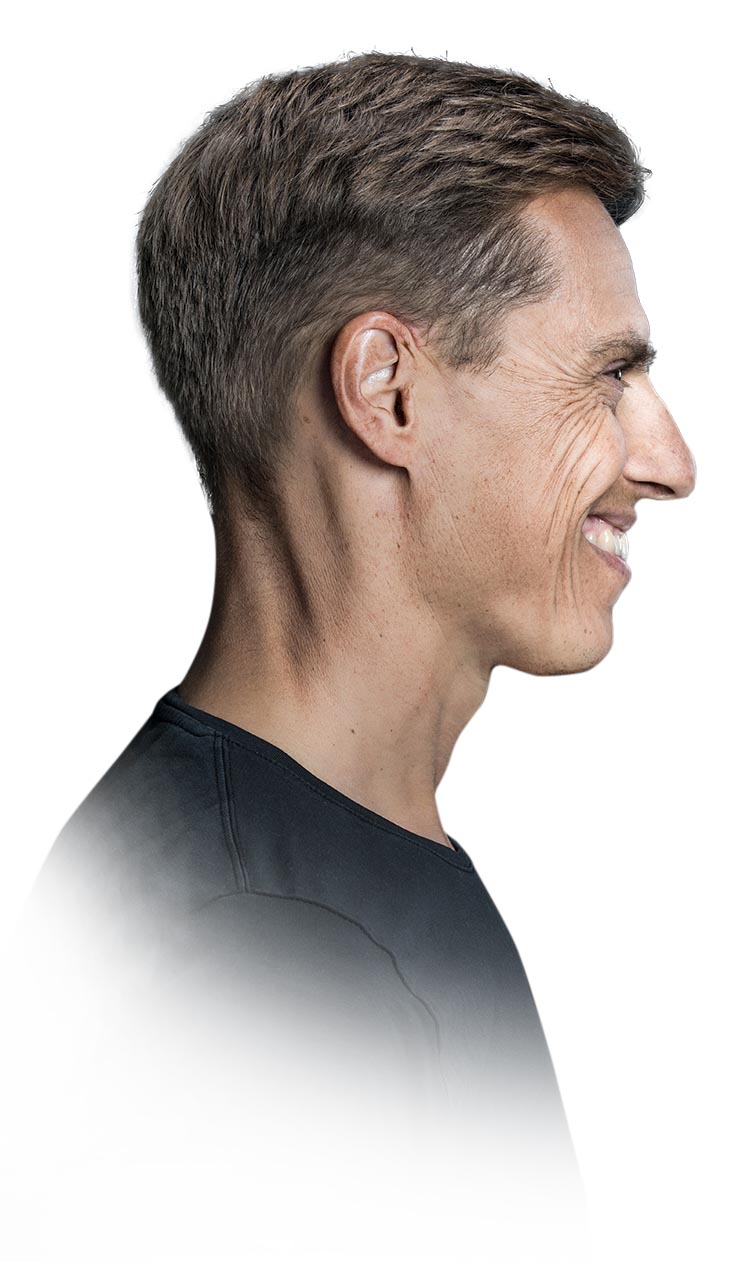 The parliamentary year is in motion. A steady flow of MEPs, assistants and staff fill the corridors of the European Parliament.

The Christmas break has served its purpose. I see happy faces and stretched belt-buckles.

This week we have a so-called group week, i.e. the political groups get together to discuss next week’s plenary in Strasbourg.

The day was mostly clear of meetings. I had a chance to catch up on some reading, do some writing and participate in a talk show on a Swedish-speaking radio station in Finland. The topic of the show was Russia and the EU.

A 20 minute talk show with two participants and a host is a luxury. Usually you get a maximum of three minutes. A couple of punch lines and it’s all over.

Today I stressed three things in the debate:

1. Russia wants to be a superpower and it needs to be treated as such. On the EU side we have a tendency to treat Russia as some sort of a developing country. The Russians hate that and it is precisely the reason why the so called Russia-strategy did not seem to work. Does anyone seriously think that a country holding the G8 Presidency is out looking for charitable hand-outs? Surely not. The new roadmap, which was signed last year, puts the EU and Russia on an equal footing, and can thus be seen as an improvement.

2. The energy tussle between Russia and the Ukraine will lead to closer cooperation on energy policy in the EU. It made many European leaders realise what excessive energy dependency from Russia can mean. The message from the Russian side was clear: mess with us and this is what you get. I think Putin has now made his point and we can move on. We should perhaps thank him if the EU gets a truly common energy policy in a few years time. Somehow I feel it is going to be an uphill battle. Most member states do not seem to be able to agree on an energy policy on a national level, let alone a European level.

3. EU-Russia relations have reached a new phase with enlargement. Many of the new EU countries were under Soviet influence for more than four decades. Scars take time to heal. The language, especially in the European Parliement, is much more aggressive than before. Former Prime Ministers and Foreign Ministers from Central and Eastern Europe are not shy to voice their opinions on Russian Victory Day celebrations or bilateral gaspipe agreements between Russia and Germany. And who can blame them? 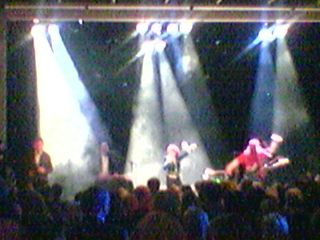 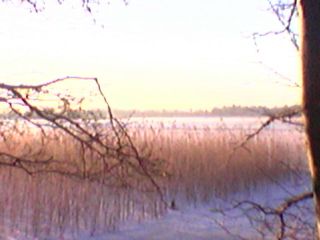 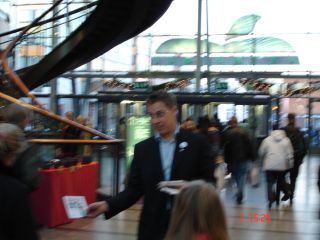 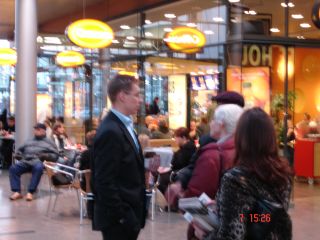 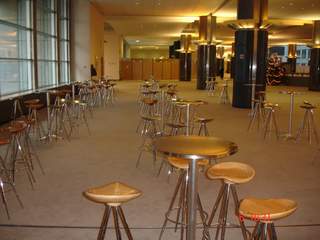 The first working week of the year has started in slow motion. The corridors of the European Parliament are virtually empty. Perhaps we are all still suffering from some form of EU indigestion. Most are still trying to swallow the budget deal.

The Finns, however, have had no time to rest after Christmas. The final stages of the Finnish Presidential elections have pushed political life into overdrive. The first round of the election will take place on January 15. Pre-voting started yesterday. In Brussels you can vote at the Finnish Embassy.

The eight candidates are campaigning frenetically. Criss-crossing Finland is no easy feat, especially in the winter. Standing at some market in sub-zero temperatures and snowstorms requires stamina. (They must all be cursing the person who suggested that all presidential elections should take place in January!).

Nowadays the powers of the Finnish President are actually quite limited, much more limited than those of the French President, for example. The President of Finland has some powers in foreign and security policy (together with the government). She/he is also the head of the Finnish army, and that’s about it, apart from a few nominations and other rubberstamps.

However, this does not take away the importance of the elections, which draw more voters than local, national or European elections. The voting percentage will be between 80 and 90.

I have not yet seen any reports on the elections in the international media, so I thought it might be useful to give you an overall (and completely subjective) picture of the candidates and the situation 10 days before the big day. Here we go:

Tarja Halonen is the President in office. She has been extremely popular throughout her six-year mandate. As a social democrat she is considered to be the candidate of the left. Her popularity, however, goes beyond the traditional left-right axis and she markets herself as the ”The People’s President”.

Halonen is a skilful TV-performer and has a tendency to duck controversial issues. She portrays herself as jovial, kind and down-to-earth. Not everyone agrees with this picture…She is known to be a bit touchy in stressfull situations. She could be described as a moderate EU sceptic. She hates Nato and sees globalization more as a threat than an opportunity.

I like her basic liberal values, but have a hard time with her views on foreign policy and the market economy. I worked for Halonen when she was Foreign Minister. We always got along and I liked working for her. She has a wicked sense of humour.

Halonen is the clear frontrunner in the elections. Opinion polls have continually given her over 50 percent of the popular vote. She needs it in order to avoid a second round.

Sauli Niinistö is my man. I voted for him yesterday in the pre-elections here in Brussels. He is the candidate of the centre-right Kokoomus-party, which sits in the EPP-ED group in the European Parliament. Niinistö was Finance Minister for the better part of Finnish EU-membership. Together with former Prime Minister Paavo Lipponen, he drove Finland into the euro and to the core of Europe.

Niinistö left day-to-day politics a couple of years ago. Currently working as director in the European Investment Bank (EIB), Niinistö is known to be an avid pro-European. One of his campaign themes has been to call for a European defence. A gutsy theme in a country which pretends to be militarily non-alligned.

Niinistö’s public image is a bit on the tough side. But you should avoid mixing the public with the private. I think that he is tough on issues, but soft on people. Anyone who has read his recent book must surely agree. Anyone who has met him knows what I am talking about. Sauli is a really nice guy.

Niinistö has been second in the polls pretty much throughout the race. His percentage has oscillated between 19 and 24. If (and when) Niinistö gets into the second round against Halonen, anything is possible.

Matti Vanhanen is the current Prime Minister of Finland. He is the candidate of the Centre Party (Keskusta), which oddly enough sits in the Liberal group in the European Parliament. (In actual fact the Centre party is more conservative than the the centre-right Kokoomus-party).

Some might think it odd that his running for President. After all, the Prime Minister is much more powerful than the head of state. Many feel that he is running more out of obligation to the party than conviction for the post. I agree.

Vanhanen could be described as a pragmatic politican. What he lacks in vision, he compensates for with hard work. His views on the EU have been at best lukewarm. When it comes to European integration, he likes the brake more than the throttle. Those who saw him in the Convention on the future of Europe must surely agree.

I have a lot of time for Vanhanen’s work ethic and his ability to change. By stretching your imagination you could even call him moderately pro-European. I stress the word moderately. I have worked for him as a civil servant and I like him as a person.

Vanhanen, like Niinistö, is fighting for a spot in the second round. In order for that to happen, both gentlemen need to make sure that the lady does not get over 50 percent of the vote in the first round.

Heidi Hautala is the candidate of the Green Party. She is a former MEP and avid federalist. I have a lot of time for her views and think that she is a great person. Unfortunately she does not stand a chance in these elections. Opinion polls give her around 2-3 percent of the vote. The fight is between the big three above.

Henrik Lax, MEP, is a member of the Swedish People’s Party. He is the only candidate to support Finnish Nato membership without reservations. I give him thumbs up for that. Lax is a nice enough guy, but he should be happy to get more than two percent of the vote.

Bjarne Kallis is a Christian Democrat. He is a great orator. Some think he flirts with populism. I actully think he is quite a character who adds flavour to the campaign. Nevertheless, he won’t be fighting for stacks of votes. Hit the two percent mark and be happy…

Timo Soini is a right wing populist, who loves every minute of it. As an ardent anti-European he falls into the same category with UKIP’s Nigel Farage. He is actually a rather funny chap (and I mean this in a positive way). What else can you be if you support Millwall Football Club?

Arto Lahti is the outsider. I know very little of him, apart from the fact that he is a professor of sorts. Lahti and his team collected the required 20 000 signatures which allowed him to stand in the elections. I am not sure his candidature adds any value to the elections, but there you go.

In any case there are really three key questions in these elections:

1. Will Tarja Halonen get over 50 percent in the first round?

2. If not, will it be Sauli Niinistö or Matti Vanhanen challenging her in the second round?

3. Who will winn the second round? 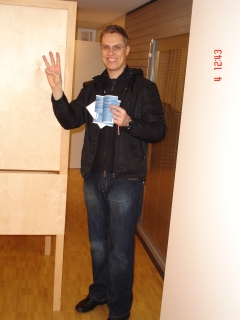 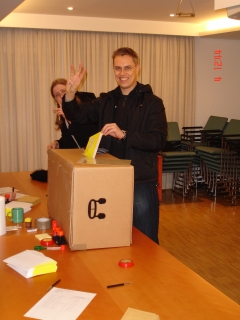